Home › Addiction › Salve for the Sensibilities

Salve for the Sensibilities 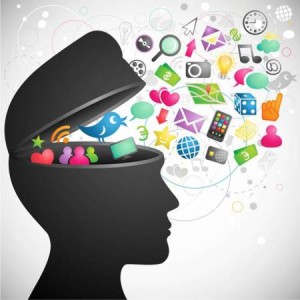 I am a recovering news junkie…one who is struggling to stay on course in the current storm of political wrangling about social, economic, environmental, and overall  leadership issues.

For many years, my home lifestyle included watching cable news and TV newsmagazines early in the morning and in the evening.  The greatest “high” was Sunday mornings with coffee (after a run-through of the Sunday e-NY Times “Top News” and “Opinion” sections) – Fareed Zakaria, Meet The Press, etc. While driving, it would be NPR and maybe a little (mostly mindless) sportstalk radio. At the gym, a favorite hideout of mine for nearly 40 years, I’d often listen to podcasts of my favorite “talking heads,” at least until my daughter added a few health-related shows about brain and behavior science stuff (Invisibilia and many TED Talks).

Around the time of the two national political conventions, the sense of tension throughout my brain and body peaked. The verbal adrenaline that I could unleash when someone raised a political topic would, more often than not, leave others shrugging their shoulders and rolling their eyes with frustration of the topic – or maybe with me. Some new news, or more often political spin on critical events and issues, would make me lose sleep and affect my focus at work and in my relationships.

I knew I had a problem, and I admit that I still do. But, a new substance has fallen into my path in the form of e-books through my local library.

I have listened to well over a dozen books since the election. These include biographies (loved The Wright Brothers), fiction (okay, one was based on current Middle East conflicts), leadership, brain science, history, and a smattering of old political stuff (JFK, Patton, Lincoln).

A most recent “listen” was real salve for my sensibilities, Born to Run, Bruce Springsteen’s autobiography.  Stories “The Boss” told of his journey awoke my memories of college days. I first heard Springsteen in concert in 1975 in my school’s dining hall, an incredibly visceral event in my late adolescence that led me to follow his music and career. Listening to his book – recorded in his own voice – was moving, compelling, and reaffirmed for me that there are caring, moderate, humble, and sensible people who walk among those we today label as stars and celebrities.

Springsteen mixes his stories with an oft-painful self-awareness that brings the listener into his world of chronic perfectionism, which is the source of his brilliance yet also the fuel for his depression. He artfully describes, in impoverished and yet hopeful language, his lifelong journey with depression that spanned his early struggles to find himself musically as well as his rise to fame and acclaim. Springsteen also discloses how years of therapy and the use of meds allowed him to find freedom from his harsh self-criticism. His relationship with his father, diagnosed late in life with schizophrenia, adds dynamism to this journey.

A really engaging part of his ride to inspiration was his relationship with Veterans, achieved through a fortuitous meeting with Ron Kovacs, author of the best-selling autobiography and Academy Award winning movie Born on the Fourth of July. Springsteen, who has enjoyed a lifelong friendship with Kovacs, shares his guilt for not having served in the military and the pain of losing close high school friends to Vietnam combat. He beautifully weaves his sincere admiration for wartime and post-wartime courage and convictions, which resulted in Born in the USA and thousands of reprisals of Woody Guthrie’s This Land is Your Land.

I must admit that this new e-book addiction of mine is every bit as engrossing as my political news affliction, but somehow feels healthier in its breadth and depth. It is often said that overcoming addiction is a journey of replacing the bad, damaging, “drugs of choice” with healthier compulsions.

Unfortunately, an avalanche of new issues in our political environment has threatened to retrigger me:  Rapid-fire proposals of health insurance reform, huge transitions in Federal spending priorities toward defense and away from social and environmental needs, and international instability — all engrossing and also extremely important to me on many personal and professional levels.

Now my challenge is finding new balance. I hold out hope that as I enter my senior years, I’m at least on the right path toward learning how to re-generate other parts of my brain that may be being wrecked by my obsession with political news.

3 comments on “Salve for the Sensibilities”